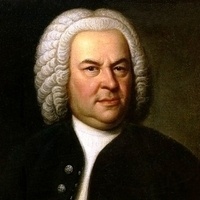 The DePaul Baroque Ensemble, under the direction of Jason Moy, presents a special all-Bach concert featuring selections from the composer’s sacred and secular cantatas.

Having worked his way up through a series of provincial jobs, Johann Sebastian Bach got his big break in 1723, when he arrived in Leipzig to assume the posts of cantor at the Thomasschule and music director for the Thomaskirche and three other major churches. Eager to make a big and bold impression on the musical life of this bustling, cosmopolitan university town, Bach undertook the monumental task of composing new cantatas for every Sunday and feast day of the liturgical year – a project that yielded over 500 works over a five year period – instead of simply recycling and reusing existing music, as his predecessors had done.

With a wealth of musical talent at his disposable through his own students and those at the nearby Leipzig University, Bach was able indulge his creative spirit by writing arias that utilized highly unorthodox combinations of voices and instruments. This program explores some of his most innovative cantata arias, including a number of vocal duets and trios, and arias with virtuosic contributions from the cello, bassoon, and other instruments not normally accustomed to solo roles in music of the period.

Free and open to the public