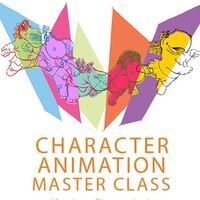 Through Lecture, demonstration, and screening, Brian Ferguson will share the art, philosophy and craft of animating dialouge.

Brian Ferguson is Animator in Residence in the DePaul Animation program, where he teaches classical hand-drawn and 3D character animation. He was an animator at Walt Disney Feature Animation for 23 years, contributing to 15 feature films, several as supervising animator, including the classic animated films Beauty and the Beast, The Lion King, Alladin, Pocahontas, Mulan and Fantasia 2000.