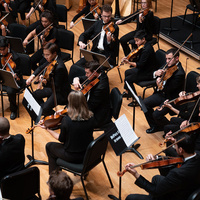 In the interest of the health and safety of our community, DePaul University announced on Wednesday, March 11, 2020, that we will take proactive and immediate steps to reduce the number of gatherings and the density of people on campus while maintaining our commitment to student success and academic progress. As part of this decision, all university-sponsored events, either on or off campus, are postponed or canceled now until further notice. Some of our School of Music events, as they are requirements for our students’ academic progress, will go forward in the coming days as scheduled, but with no audience in the performance venue.

As a result, the performance of the DePaul Combined Orchestras, Saturday, March 14 at 8PM in Gannon Concert Hall has been canceled.

We apologize for any inconvenience. We will continue to send out updates as we have further information about future concerts and events.