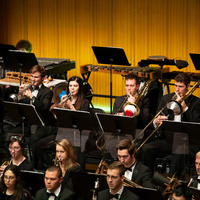 Under the direction of Cliff Colnot, the DePaul Wind Ensemble consists of approximately thirty student musicians who perform repertoire of the highest quality.

If you are unable to attend the concert, link is here for a live-stream of the performance starting at 8PM.