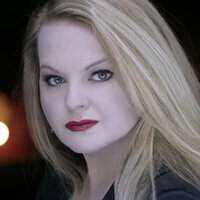 Operatic superstar and lauded mezzo soprano Elizabeth DeShong joins the Haymarket Opera Orchestra for a one-of-a-kind performance at the new Holtschneider Performance Center at DePaul University. Join the star of Lyric Opera’s Queen of Spades for an evening of intimate Bach Cantatas with Chicago’s best period band. Luminary keyboardist Jory Vinikour joins the ensemble taking a turn as soloist in a concerto by Bach.

“DeShong was an unstoppable presence. . . . one of the finest new voices to be heard at the Met.” — Opera News