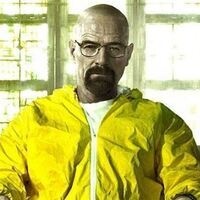 Join us for an on-stage discussion with Producer Stewart A. Lyons

Stewart A. Lyons is a Co-Executive Producer, Line Producer, and Production Executive with extensive experience with most major studio, network, cable, and streaming television companies including Netflix, Sony Pictures Television, Warner Brothers, Amazon, HBO, Weinstein Productions, NBC, and CBS. He has worked on 33 television series, 27 pilots (20 ordered to series), and dozens of features films and television movies. He was recently Director, Original Series Production, for Netflix and prior to that assignment was Co-Executive Producer for the premiere season of Better Call Saul.

He won 2 Emmys as Line Producer for Breaking Bad, the most critically acclaimed series in the history of television. He also received two Directors Guild Awards, two Producers Guild Awards, a Golden Globe, and two Peabody Awards for this series. He was the only person, cast or crew, who was on set for every day of the production of Breaking Bad.