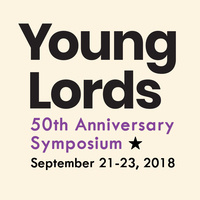 This three-day event will celebrate the founding of the Young Lords Organization in the city of Chicago in the summer of 1968. The Young Lords became the entryway into the US Civil Rights Movement for a generation of Puerto Ricans on the US mainland. The organization would become integral to a national and transnational movement, and a gateway to political consciousness around Puerto Rican self-determination.

On Friday, the program begins with a historical keynote conversation between José “Cha Cha” Jimenez, founder and president of the Young Lords, and Óscar López Rivera, a former political prisoner and founder of the Juan Antonio Corretjer Puerto Rican Cultural Center in Chicago. This unprecedented public dialogue, moderated by DePaul University professor Jacqueline Lazú, brings together two of the leading figures in the history of activism in the Puerto Rican Diaspora emerging from the late 1960s, early 1970s.  A small reception will precede the keynote event.

FREE & OPEN TO THE PUBLIC