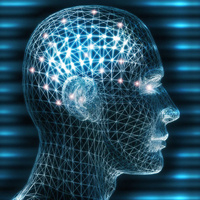 The Edward D. Manzo Scholars in Patent Law program supports the Advanced Concepts in Patent Law Seminar. Established by Edward D. Manzo, this program focuses on a series of lectures by invited patent scholars. Students and faculty members read and discuss each scholars work before the authors formally present their papers during an interactive seminar at DePaul. Students use the presentations as models for their own original works of patent law scholarship.

In the past five years, experts in various fields of the law have cautioned that bias in artificial intelligence ("AI") systems presents a grave new threat to society. These scholars have illuminated the alarming fact that AI systems are injecting new forms of prejudice into critical corners of daily life - from credit scoring to workplace equality and hiring practices, to criminal sentencing. Less attention has been devoted, however, to the fact that AI also seems likely to reduce the degree of human bias that already exists in the very same settings. This tension presents an important question with far-reaching implications for law and policy: How can we ensure that AI reduces human bias without introducing new forms of computerized discrimination? This essay doesn't answer that question; instead, it lays the groundwork by explaining how AI works and how the current policy framework - intellectual property policy, in particular - contributes to the problem of bias.

Professor Mattioli joined the Indiana University Maurer School of Law faculty in 2012. He teaches and writes on intellectual property and innovation policy more generally, with a special emphasis on patents, data, and contract law.

Mattioli’s research examines how the collective exchange of patents, data, and other forms of technological information relate to innovation policy. This theme canvases a variety of topics, including the structure, governance, and antitrust implications of patent pools, and how data pooling and the disclosure of metadata can advance “Big Data” technologies such as machine learning.

Mattioli has already made significant contributions to the field, having co-authored a book on Big Data (Big Data is Not a Monolith, MIT Press 2016), articles in leading law reviews, and book chapters that examine patent pools, data sharing, research consortia, novel forms of patent protection, and property "opt-outs." Before joining the faculty at IU, Mattioli served as the Microsoft Research Fellow at the University of California – Berkeley School of Law, and as the Microsoft Fellow in Law, Economics, and Technology at the University of Michigan Law School. Earlier in his professional life, Mattioli was a microchip designer.