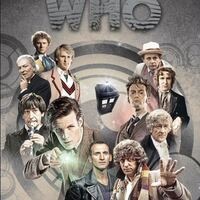 A Celebration of Doctor Who

The BBC television series Doctor Who has reached an historic milestone: 2013 marks the 50th anniversary of this vibrant and culturally relevant avant-garde science fiction series. In honor of this anniversary, and as a way of exploring the longevity of the series, the College of Communication and the Media and Cinema Studies program is hosting a day-long colloquium of scholars who will discuss in a public forum the critical, moral and ethical dilemmas depicted by the show.

"A Celebration of Doctor Who" is intended to spark debate and discussion about changing morals and ethics over the half century of the show’s presence on television, in print, on the radio and in films. Some topics that we will explore include: how does Doctor Who celebrate the minority? In what ways does Doctor Who articulate a notion of a utopian society? How does this mainstream text represent marginalized members of society (including people of different races, sexualities, the disabled, the impoverished, and other minorities in society)? In what ways does the Doctor Who fan audience counter the discourse of the marginalized in our culture?

A series of scholarly roundtables will bring together academics from the area to discuss the cultural context of Doctor Who. These roundtables will offer the audience of students and scholars the chance to engage in a deeply intellectual environment with the themes of the show over its fifty-year history. We hope to encourage papers which explore issues such as: race and representation in Doctor Who; the use of religion in the show; disability as depicted in the show and in the fandom; gender and sexuality in the show; the role of academia in developing understanding of the meaning of the show; the marginalization of people and activities; analysis of how production details affect a show’s meaning; the underlying ideology of global television. Additionally, because Doctor Who is a British television program, it brings with it a wealth of international pluralism. This colloquium is intended to spark debate about the nature of contemporary television across borders, times and eras.

Guest of Honor:
Writer Robert Shearman will be our keynote speaker. Shearman's best known contribution to Doctor Who is as the writer of "Dalek," the first season story that reintroduced the pepperpots to the 21st century and was nominated for a Hugo award. His Who work stretches across all media: short stories, comic strips, seven Big Finish audios, and a guide to the black and white years of the original series. His original short story collections have collectively won the World Fantasy Award, the Shirley Jackson Award, the Edge Hill Readers Prize, and two British Fantasy Awards; his radio writing for the BBC has won two Sony Awards; his plays for the theatre have won the Sunday Times Playwriting Award, the World Drama Trust Award, and the Guinness Award in association with the Royal National Theatre. He has lectured in creative writing at Middlesex University, and last year was writer in residence at Edinburgh Napier University.

He will screen "Dalek," after which he'll participate in an hour-long Q&A. In addition to the keynote and Q&A, Shearman will also participate in a signing and reading of select printed works. (www.robertshearman.net)

Announced Participants (with more TBA):
Carole Barrowman
Carole Emily Barrowman is professor of English and Director of Creative Studies in Writing at Alverno College, Milwaukee, Wisconsin and a reviewer and crime fiction columnist for the Milwaukee Sentinel. She is also known for her writing contributions with younger brother (and Doctor Who star) John Barrowman. She is the author or co-author of Anything Goes, I Am What I Am, Hollow Earth, Exodus Code, and Bone Quill. (www.carolebarrowman.com/)

Derek Kompare
Derek Kompare is an Associate Professor in the Division of Film and Media Arts at Southern Methodist University (SMU). His research interests focus on media formations, i.e., how particular media forms and institutions coalesce and develop. He has written articles on television history and form for several anthologies and journals, and is the author of Rerun Nation: How Repeats Invented American Television, and a study of CSI: Crime Scene Investigation. At SMU, Derek teaches courses on media aesthetics, media theory, media history, media globalization, comics, video games, crime television and science fiction.

Scott Paeth
Scott R. Paeth is Associate Professor of Religious Studies at DePaul University in Chicago, IL. He works in the fields of Christian Social Ethics and Public Theology. He holds a Ph.D. from Princeton Theological Seminary and a Master of Divinity from Andover Newton Theological School. He is the author or editor of five books, including "Public Theology for a Global Society: Essays in Honor of Max Stackhouse" (Eerdmans, 2010); "Exodus Church and Civil Society: Public Theology and Social Theory in the Work of Jurgen Moltmann" (Ashgate, 2008); "Who Do You Say That I Am? Christology and Identity in the United Church of Christ" (United Church Press, 2006); "Religious Perspectives on Business Ethics (Sheed & Ward, 2006)"; and "The Local Church in a Global Era: Reflections for a New Century" (Eerdmans, 2000). (las.depaul.edu/pax/People/ScottPaethPhD/index.asp)

Lars Pearson
Lars Pearson is the owner of Mad Norwegian Press, publishers of science fiction and sci-fi analysis books. He has co-written A History, a History of the Universe as Told Through Doctor Who. (madnorwegian.com/)

Lynne Thomas
Lynne Thomas is the co-editor of Chicks Dig Time Lords, a collection of essays about Doctor Who and the women who love it. She is the curator of Rare Books and Special Collections for Northern Illinois University Libraries. She has won two Hugo Awards. (www.niutoday.info/2012/09/19/lynne-m-thomas-wins-second-hugo-award/)

Paul Booth
Paul Booth is an assistant professor of Digital Communication and Media Arts in the College of Communication. He is the author of Digital Fandom: New Media Studies, which examines fans of cult television programs. He has also published articles in Communication Studies, Transformative Works and Culture, Television and New Media, Critical Studies in Media Communication, New Media and Culture, and in the books Transgression 2.0, American Remakes of British Television, and Battlestar Galactica and Philosophy. His newest book, Time on TV: Temporal Displacement and Mashup Television, was published in May, 2012. Paul is currently editing a book collection about Doctor Who fandom and has been a Doctor Who fan since he can remember.