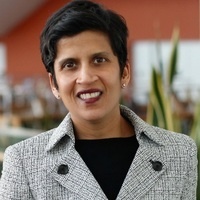 Banned: Immigration Enforcement in the Time of Trump

Within days of taking office, President Trump announced or published major changes to our nation’s immigration law and policy. These transformations have profoundly shaken the lives and well-being of immigrants and their families, many of whom have resided in the United States for decades. President Trump’s policies have also deeply affected the work of attorneys and advocates who represent or are themselves part of the immigrant community.

Professor Shoba Sivaprasad Wadhia’s Enlund Lecture will examine the role of discretion in the creation and execution of Trump administration immigration policies, including the Muslim bans; changing enforcement priorities; the end of deferred action for childhood arrivals (DACA) and Temporary Protected Status (TPS) for certain nationals; the expanded use of no court deportations; and restrictions to asylum and refugee admissions.

Professor Wadhia’s talk will draw from her forthcoming book, Banned: Immigration Enforcement in the Time of Trump. The book’s analysis combines Professor Wadhia’s 20 years of experience in the immigration field with numerous personal interviews with individuals affected by immigration enforcement and discretion during the Trump administration; former government officials in the Immigration and Nationalization Service (INS) and the Department of Homeland Security (DHS); and immigration attorneys and advocates working with individuals and communities impacted by immigration in the age of Trump.

Professor Shoba Sivaprasad Wadhia is an immigration law scholar whose research focuses on the role of prosecutorial discretion and the intersections of race, national security, and immigration. She has published more than thirty law review articles, book chapters, and essays on immigration law. Her scholarship has been cited in hundreds of works and by multiple federal court judges.

Her first book, Beyond Deportation: The Role of Prosecutorial Discretion in Immigration Cases, received an honorable mention for the Eric Hoffer Book Award. Her second book, Banned: Immigration Enforcement in the Time of Trump, examines immigration enforcement during the first eighteen months of the Trump administration and will be published by New York University Press in 2019. She is also working on the second edition of an immigration case book to be published in 2020 by Carolina Academic Press.

Professor Wadhia is the founder and director of the Center for Immigrants’ Rights Clinic (CIRC), which celebrated its tenth anniversary in 2018. Recent activities of CIRC students include working on asylum cases for detained families, completing a report on the lived experiences of law students and lawyers with DACA, and training police officers in the State College Area Police Department on immigration.

In 2017, her clinic was honored with the Excellence in Legal Advocacy Award by the American-Arab Anti-Discrimination Committee. Wadhia herself was named the 2017 Honoree by the National Immigration Project of the National Lawyers Guild.  She has also been honored by the Department of Homeland Security’s Office for Inspector General and Office for Civil Rights and Civil Liberties, and in 2003, she was named Pro Bono Attorney of the Year by the American-Arab Anti-Discrimination Committee.

Prior to joining Penn State, Professor Wadhia was deputy director for legal affairs at the National Immigration Forum in Washington, D.C.

Seating is limited. Please click  to register by April 8, 2019

*DePaul University College of Law is an accredited Illinois MCLE provider. This event has been approved for up to 1 hour of CLE credit.

Established in 1988, thanks to a gift from the late E. Stanley Enlund (JD ’42), the EnlundScholar-in-Residence Program attracts the nation’s foremost legal minds. Enlund scholarsprovide the College of Law community of students, faculty, alumni and friends with differingperspectives on law, lawyers and social justice.