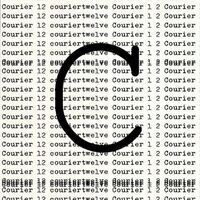 Entertainers, producers and screenwriters will join the DePaul University School of Cinematic Arts for the annual Courier 12 Screenwriting Conference. Held on DePaul’s Loop Campus, Courier 12 is the premier Midwest screenwriting event and will feature panel discussions from leading writing talent in the entertainment industry.

4:30 PM – BREAKING INTO THE WRITERS' ROOM: TV writers Michael Gemballa (SWAT) and Teresa Huang (SEAL TEAM) share their journey from being accepted into the CBS Writers Mentorship Program to getting staffed on a successful network television series.

6:00PM – SPEC SCRIPT TO OSCARS: Screenwriters David Rabinowitz and Charlie Wachtel share the story behind the story for the award-winning 2018 movie BlacKkKlansman (directed by Spike Lee) for which the pair won an Academy Award for Best Adapted Screenplay.

College of Computing and Digital Media