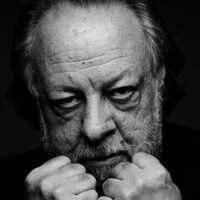 With an acting résumé that includes work in film (e.g, Boogie Nights, Magnolia, and as a James Bond villain in Tomorrow Never Dies), television (e.g., “The X-Files” and “Deadwood”), and stage (most notably as himself); a list of celebrated publications featuring stories and analysis of scoundrels, fakes, cons, and scallywags; and a reputation as the greatest sleight-of-hand artist in the world, Ricky Jay is at the top of his game in every pursuit he undertakes: the Joker, the Ace, and all four Kings combined in the arts & humanities’ deck of cards.  Join us for an evening of magic and conversation as the DePaul Humanities Center welcomes writer, actor, scholar, historian, artist, magician, and all-around-genius Ricky Jay.